When I was a child, I always wanted to sing in a band, preferably an all-girl band called “The Beach Girls”. As a young adult, I did get my wish of singing in a band. After five years of songwriting, recording, touring the country in dodgy transits, 80s crimes against hair and fashion, etc, with a lot of life experience but not a great deal of success, we called it a day.

I then had a variety of jobs: cleaner, futon seller, window dresser, and later teacher of English as a second language, all the while continuing to perform in bands, most notably Bait, the Lilac Time’s big brother.

Since 1995 I have been happily settled in Frome. Although initially known as motheroftwins, I am now better known as singinglady. I began teaching singing and musicianship in schools, based on the Kodaly technique. I love a bit of doh-re-mi. And those are all valid scrabble words too.

Currently I run three choirs: Jackdaws Songbirds in Frome, Shreen Harmony in Mere, and Sounding It Out in Trowbridge. I also lead two singing groups for adults living with dementia, in Bradford-on-Avon and Westbury, and I sing with children in Sutton Veny primary school. 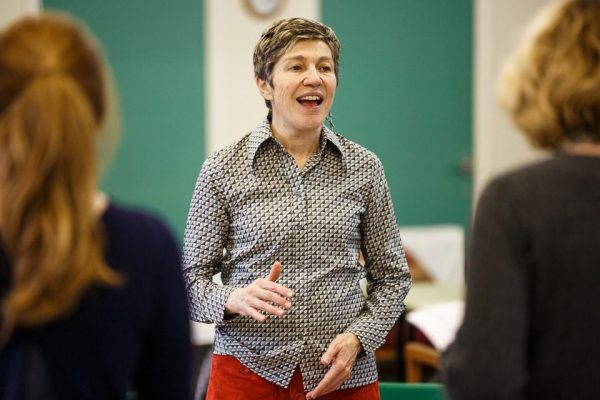 I love discovering songs and writing arrangements to suit each group, and then hearing how the singers bring a song to life.

I know I should really have a hobby away from music, but I am a useless gardener. In my spare time, I’m a singer and songwriter with local band Three Corners, and I also sing with the Terry Hill big band.

I am forever indebted to Mannie Burn, Maureen Lehane-Wishart, Rasullah Clarke, and Fay Caley for showing me the way. 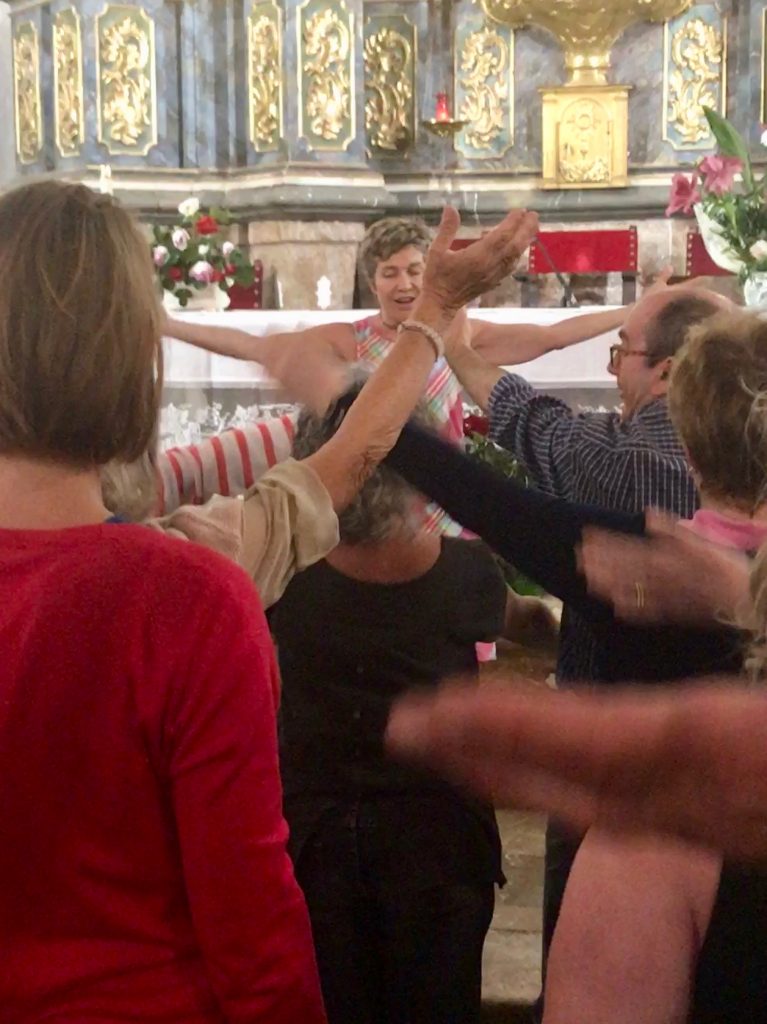 Cost £7 a session (payable half termly in advance)

Click on poster for link to box office and tickets. All proceeds to Frome Town Council's Ukrainian Refugee Appeal.

Sounding it Out, Songbirds and Shreen Harmony sing to celebrate the end of the singing year.

In 2021 our chosen charity was Let's Talk About Loss . This charity helps young people who have been bereaved and offers them a chance to share their feelings and offers a safe place to talk. Our two Christmas gigs raised £423.88 for them. You can donate by clicking on the logo below.

We currently have spaces for new singers in all harmony parts

Always wanted to sing? Fancy joining a choir? Why not come along and meet us for an informal try out singing session. Get in touch via the contact page.

To find out more and to see Caroline teaching on YouTube and to hear our virtual choir performance have a look at our lockdown page.

There are no upcoming events at this time.